Remember the magical Marauder’s Map from the Harry Potter books that reveal the whereabouts of characters as they roam classrooms and the halls of Hogwarts school?

A student developer from Cambridge has created a Chrome extension that works similar and also named it Marauder’s Map.The extension that allows you to watch every footstep of your Facebook friends by grabbing location data from Facebook Messenger and rapidly plotting your friends’ locations on a map.

We all are aware that Facebook shares our location data with our friends, however, what we probably aren’t aware of the accuracy of that data and easiness of extracting that data from the messaging service.

A free Android smartphone tool (Routercheck) analyses the safety of your router.

Is your Wi-Fi router hacker bait? By Preston Gralla
Your router can have plenty of vulnerabilities. Your password may be insecure. You may be using a too-weak encryption standard. It may have open ports through which hackers can slither. Services that may be dangerous, such as Universal Plug and Play (uPnP), may be turned on.

The free Android app Router Check looks for all that and more. It also checks your router make and model to see whether it’s known to have vulnerabilities. It analyzes your DNS configuration to see if it’s reliable and trustworthy. It even checks to see whether hackers have tampered with your router.

Continue to the Article,
— http://www.itworld.com/article/2926669/network-security/is-your-wi-fi-router-hacker-bait-this-free-tool-lets-you-know.html

During my research for Home Automation Project, I came across this excellent article. It helped to clarify few things related to the mobile app controls. 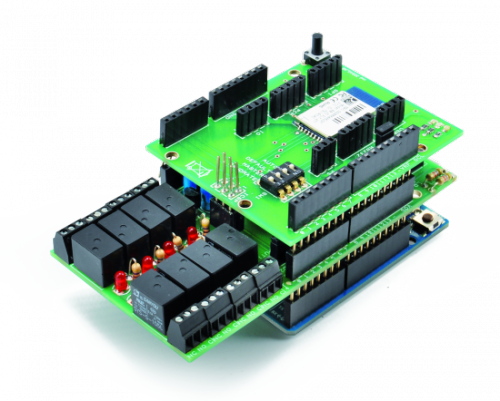 Today we’ll expand Arduino’s digital resources thanks to an I2C bus equipped shield and we’ll allow the management of the board via a Bluetooth connection RN-42 through an Android systems.

All Arduino boards feature a number of digital I/Os. For the simplest projects, such resources are usually more than sufficient, but in those where they you need several control lines, “standard” I/Os can be less than enough, because some pins are shared with internal resources while others are dedicated to external shields.

Please click the link below for full article at Open Electronics.